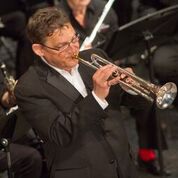 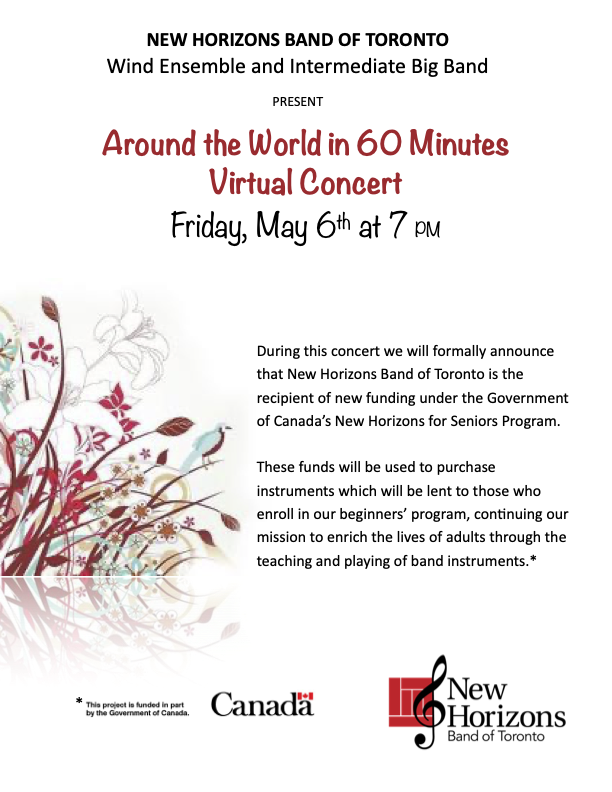 Our live-streamed concert featuring the Intermediate Big Band and the Wind Ensemble This concert was broadcast from our rehearsal space via Zoom and attracted about 160 of our members, friends and supporters online. 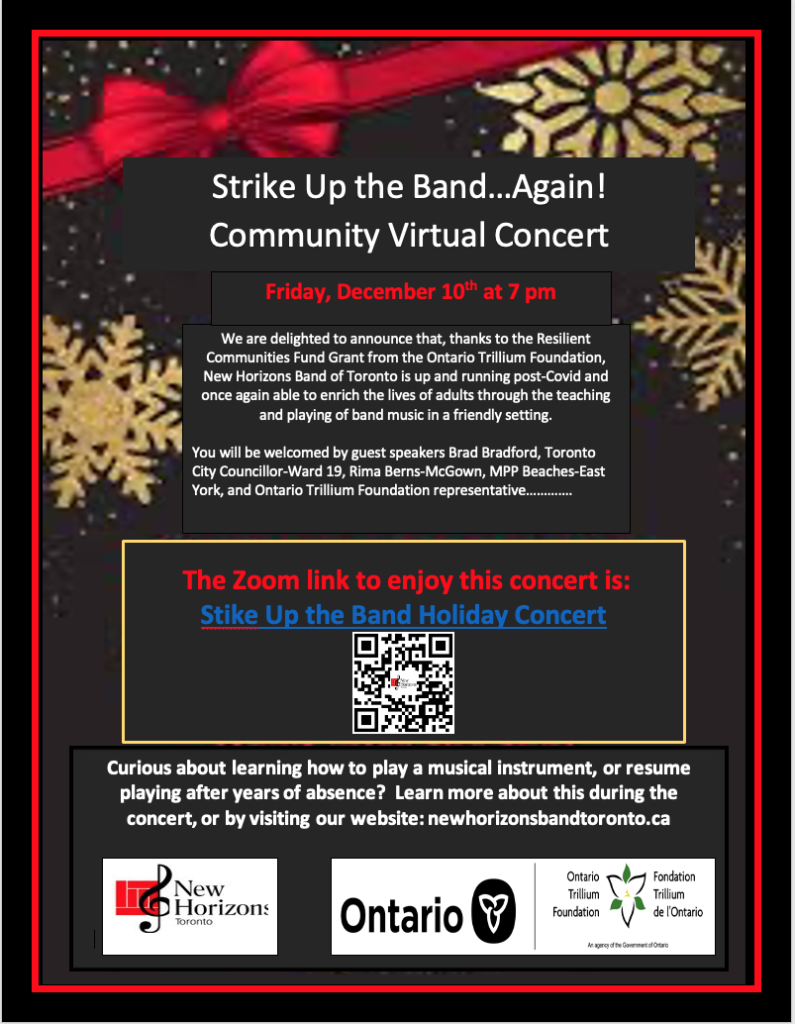 Our Holiday Concert was a great success, made possible by the Resilient Communities Fund Grant from the Ontario Trillium Foundation. Over  160 virtual guests listened to the NHBT “house band” to play a variety of winter holiday-themed music, along with guest speakers Brad Bradford, Toronto City Councillor-Ward 19, and Rima Berns-McGown, MPP Beaches-East York and Ontario Trillium […]

The weather was more than cooperative this year as six of our bands took to the stage at Christ Church Deer Park. Bandfest is a unique, informal performance opportunity that allows our members to get comfortable on stage (some for the first time) and perform for fellow members, and friends and family. This year we […] 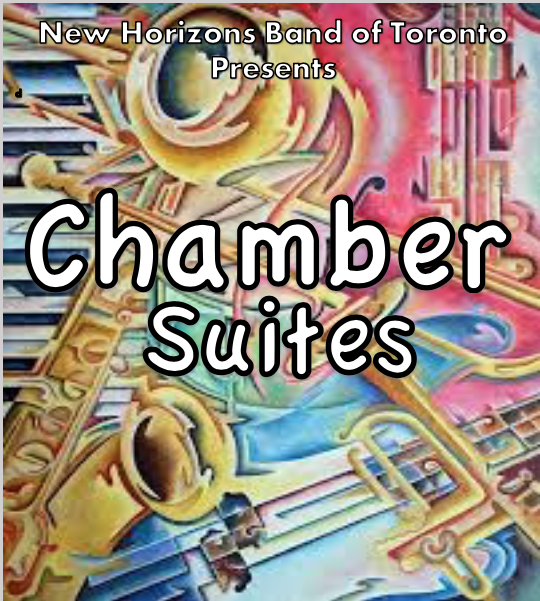 Sunday March 1st, 7-9:30 pm  Chamber Suites is where NHBT members perform in some of the many small ensembles that have formed and play for each other, our families and our friends. 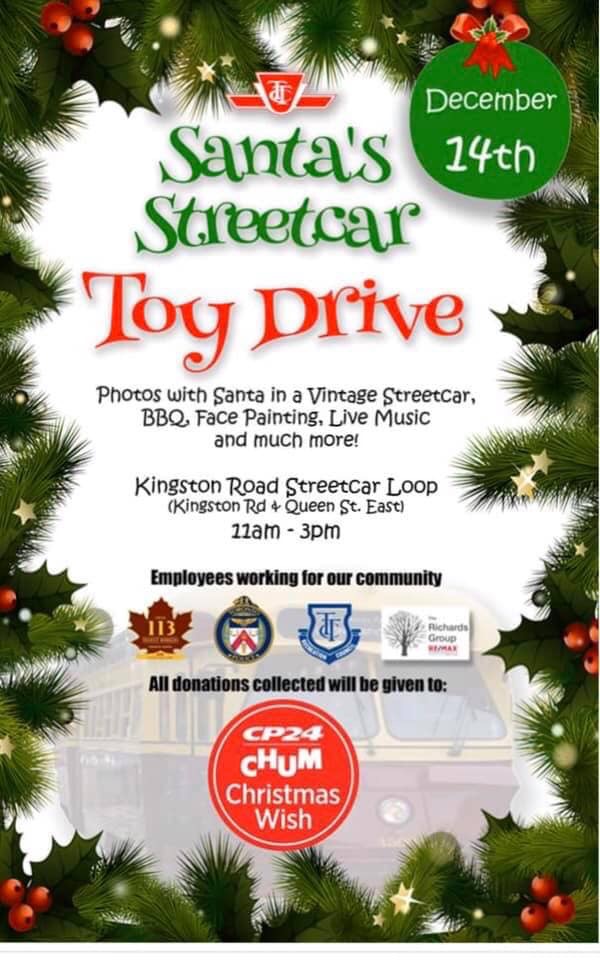 Unfortunately, the weather prevented us from joining in the fun at Santa’s Streetcar this year.   We hope that it was an amazing success and offer our congratulations and thanks to event organizers. Hopefully next year! 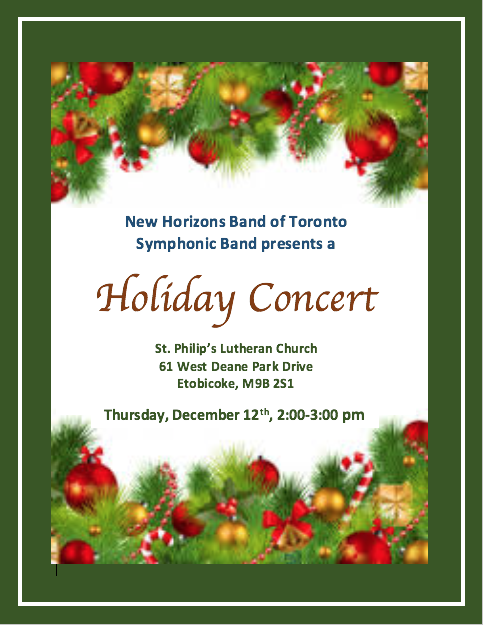 For the seventh year in a row, members of NHBT have performed at St. Philip’s Church in Etobicoke as a part of our round of festive holiday concerts. This year members of the morning Symphonic Band took to the stage in front of a large audience of church congregation members, friends, and family.  Sing-along hymns, […] 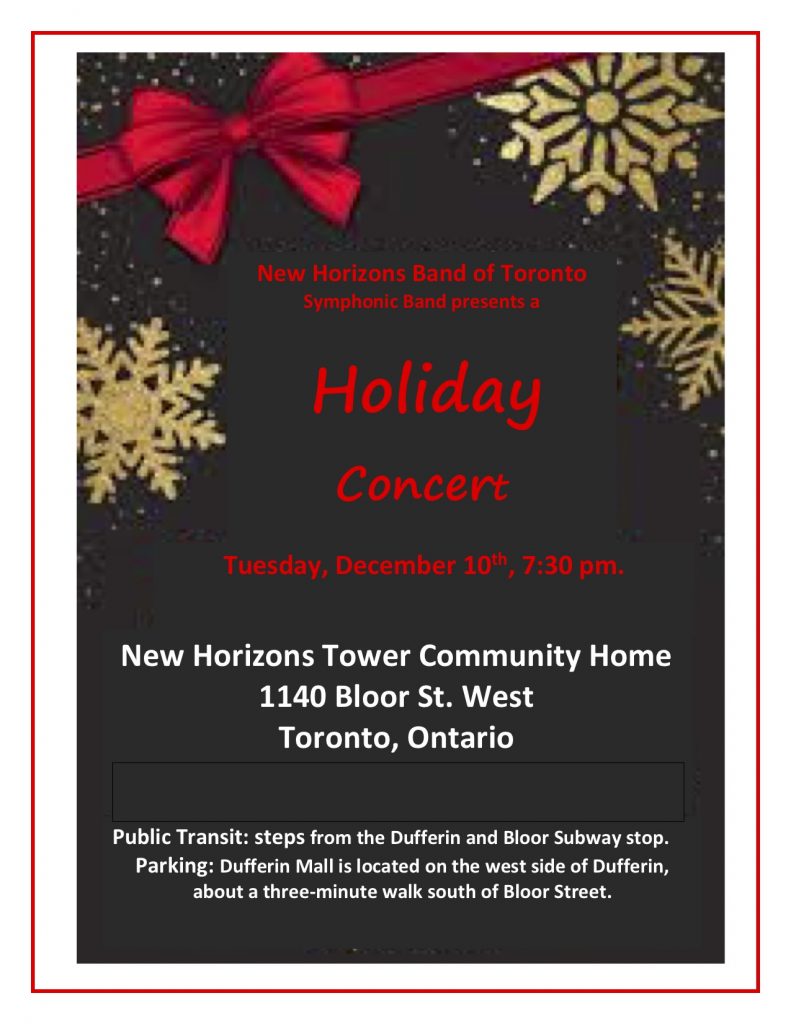 NHBT members from the evening Symphonic band and musical guests from our other bands presented a fun program of holiday music at the New Horizons Tower Community Home on Tuesday December 10th. Over 35 musicians played to a full house of enthusiastic audience members.  Friends, young and old, joined together in song and performance.  It […] 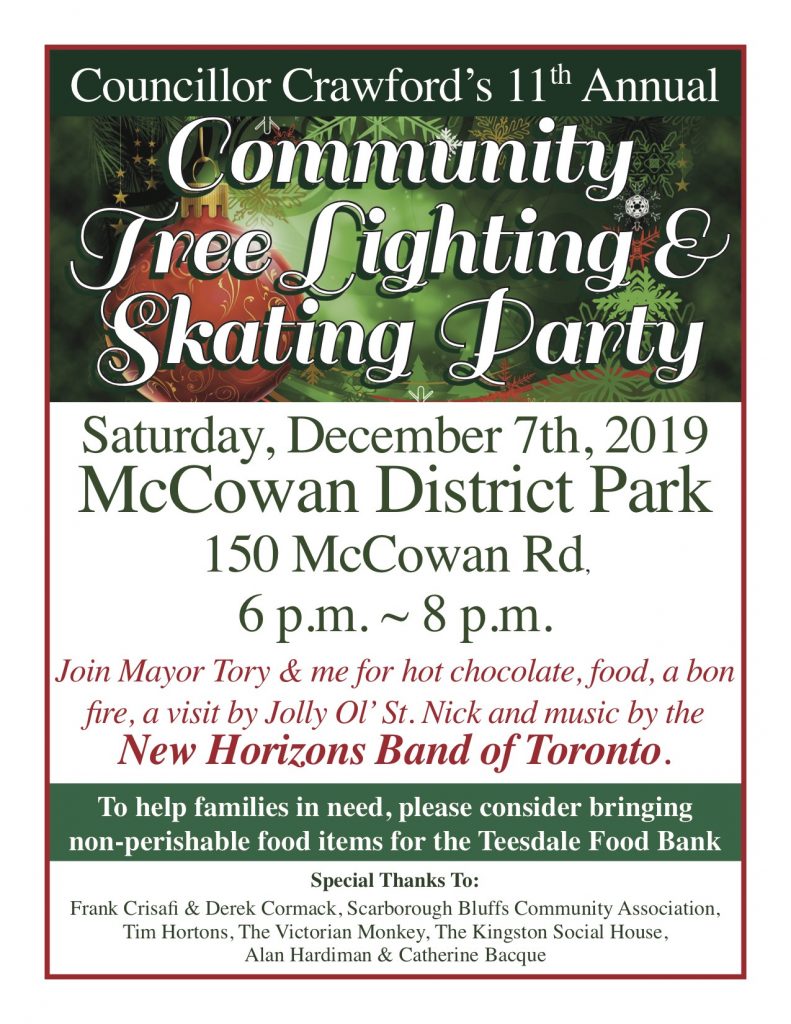 ‘Twas a night in December and all through the park, many creatures were skating and and enjoying hot chocolate in the dark! Then the band began to play and the evening really took off! Members of our Wind Ensemble and friends took on the challenge of playing outdoors for two hours on this very cold […] 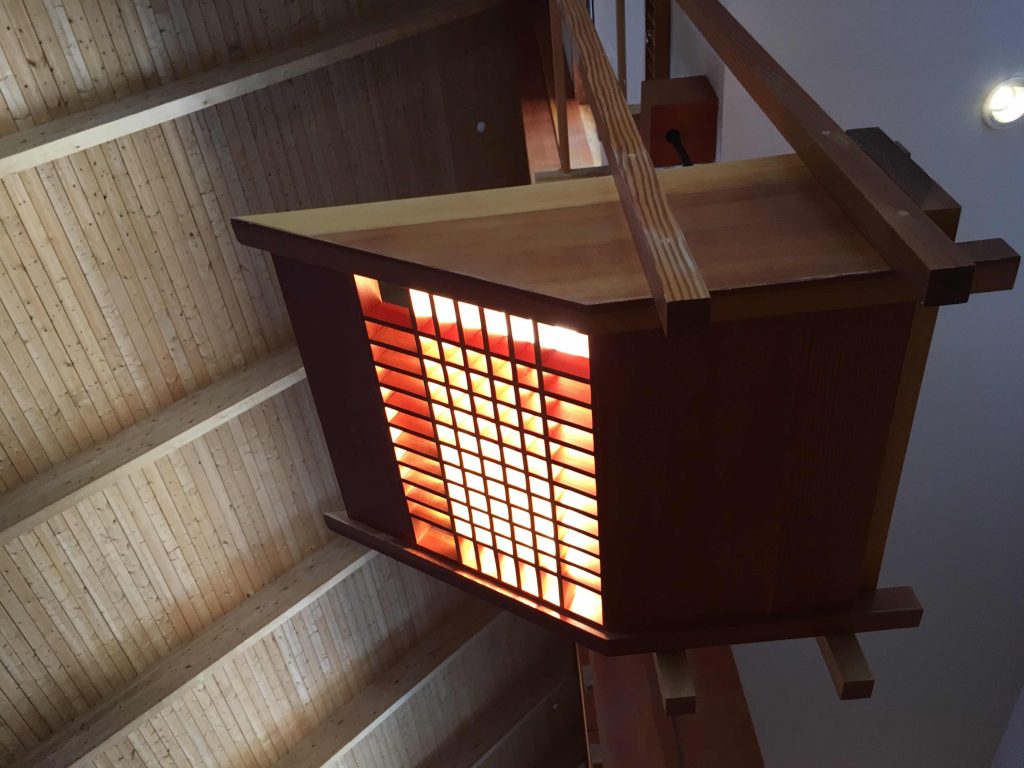 December 2nd was a great evening for NHBT!  Our Beginner I, Beginner II, Beginner Big Band, and Intermediate Big Band took the stage to perform our first concert at our SNI home! All of the bands played well and the sanctuary venue was a lovely, inspiring, and positive space for performance.   Friends and family also […] 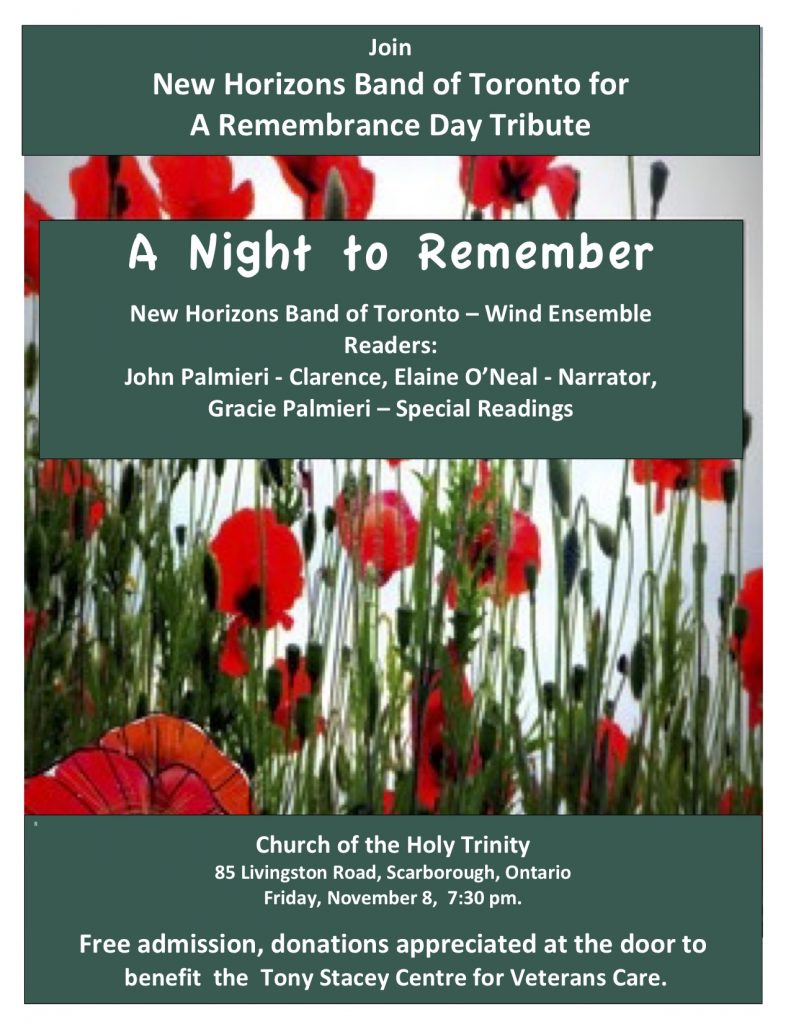 On Friday November 8th, 2019 the NHBT Wind Ensemble joined actors from Theatre Scarborough to present “A Night to Remember”.  This special performance was originally conceived by our Director Emeritus, Dan Kapp.  This is the true story of Private Clarence Bourassa, a young Canadian soldier who fought bravely in WWII.  Music, historical commentary, and excerpts […]